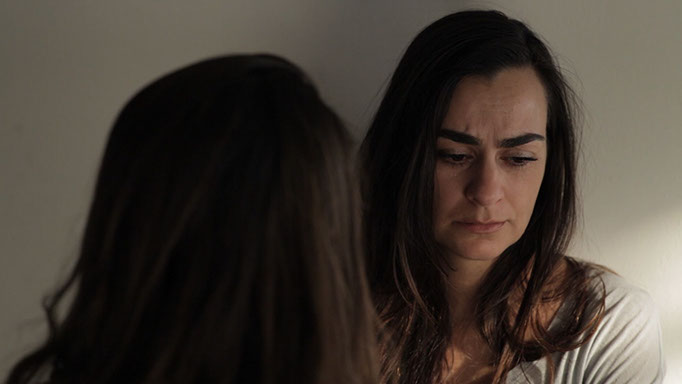 Earlier this year I was approached by writer/director Soraya Hajjaji about photographing her short film, Doubts. Doubts is a very serious piece that examines a young Muslim woman’s internal struggle with past sexual abuse. In the film, the young Muslim woman, Linda (Christine Uhebe, above left) is confronted by one of the characters in her screenplay, Nora (Nour Milla, above right), who challenges her firm stance on Islam. The confrontation occupies the majority of the film and takes place in Linda’s apartment.

Since our location was quite ordinary, the look of the lighting was especially important to me. We wanted the apartment to appear normal and natural, but also to appear dramatic in order to increase the tension of the confrontation. Time of day was unspecified in the screenplay, so I suggested a late day, but pre-sunset light to Soraya, which she liked. Dim ambient skylight would come in from the window side of the apartment, and streaks of natural sunlight would hit select areas of the apartment to increase the drama. We took the look and ran with it.

We resorted to a book light to recreate an ambient skylight. The location had a 12 ft. balcony with glass sliding doors which we used to stage our book light. We bounced two 2k nook lights into a 12×12 ultrabounce. The nooks were chosen for their incredibly wide beam spread which was necessary to fill the whole bounce in such a constrained area. The bounced light was then diffused through shower curtain on the plane of the glass doors. Our ambient light came in a bit under our shooting stop of t4 (ISO 320) which was appropriate for the mood and dim ambience we wanted. 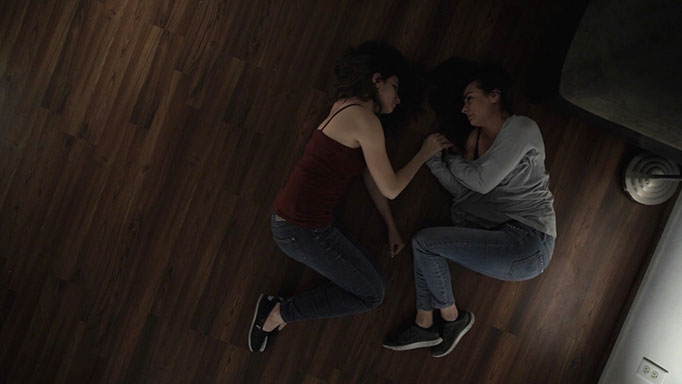 For our sunlight streaks, we used Source Fours and parcans gelled with ¼ straw, so they were just a bit warmer than our skylight. The color temperature was dialed below 3200 so that the sunlight was a touch warm and the skylight was a touch cool. Chris Ford (gaffer) did a great job of dialing in these units.

When we filmed the close ups we were able to shape the light a bit more. One thing we played with was a book light bounce from underneath. The underlight added mood, but was soft and subtle enough that it wasn’t scary or obvious. When late day sunlight comes into a room it hits random areas. Sometimes it hits underneath a person’s face – for instance, on the table at which they are sitting. I wanted to re-create that naturalism. For these booklight bounces we hit a 2×2 bead board with a Source Four and diffused the bounce with a 2×3 frame of opal. 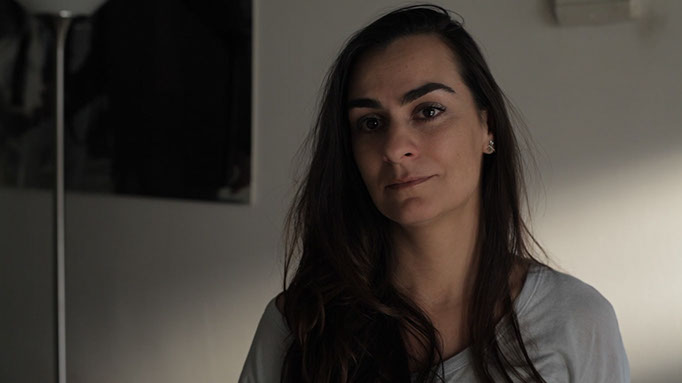 The biggest challenge with this type of lighting and shooting on a Canon HDSLR, was that I had to be very aware of when the sunlight streaks would clip and be gone forever. We wanted the sun to look hot, and we also had white walls, so I needed to be careful. Before we shot I did some exposure tests and never let the sunlight on set go any hotter than a 1/3 stop below where I determined the image would clip (approximately 3 & 2/3 stops over). 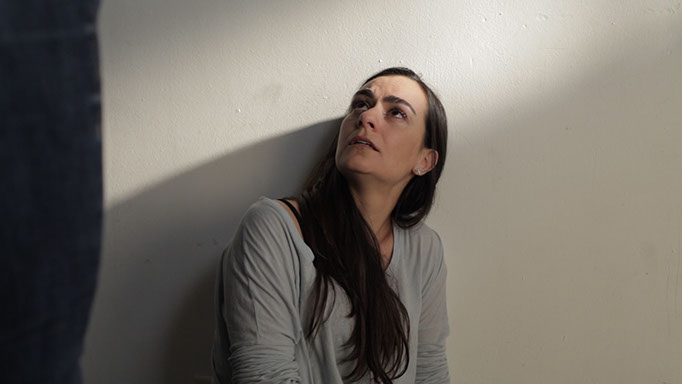 Thank you to Soraya Hajjaji for having me on this wonderful film and to our awesome camera and lighting crew who performed incredibly in some pretty cramped quarters. 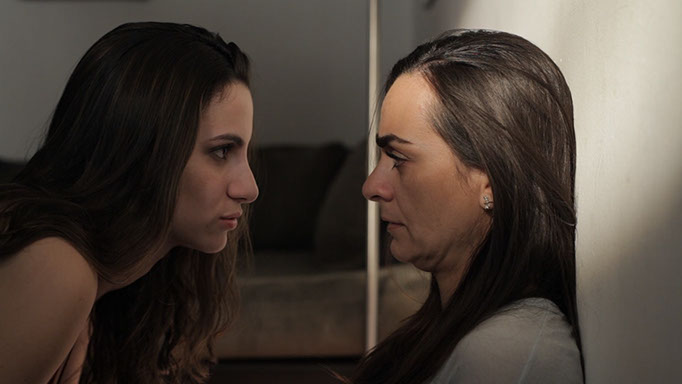